A selection of Max Training and Vray Tutorials.

By default V-ray Reinhard Colour Mapping is set like this:

With the Clamp output ticked and set to 1.0 then the render time was reduced to just 4minutes 58 seconds. The image looks identical.

With Burn Value set to 0.75 then the rendering time reduces to 4 minutes 20seconds.

But brighter parts of the image are duller with the Burn Value put to 0.75:

If this button is greyed out so you can’t set keyframes when an object is selected….

then save your file and gradually go through deleting all objects in the scene until it goes back to normal.

When you have worked out which object being present has caused this then note this down and revert back to your saved file and just delete the one offending object that was causing this problem and continue working. read more 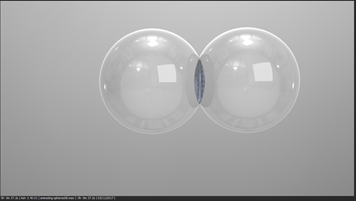 Click here for this information as a Vray Learning PDF.

This is a comparison of a simple 3ds max scene that has different background setups. All the way through Vray Advanced 3.4 GI was set to Brute Force, Brute Force at the same low-quality setting. It was lit by a Vray Dome Light with HDRI in the texture slot and one Vray plane light which is the square that can be seen in the reflections.

Background White Plane with Radial Opacity turn off: Visible to GI, Visible in reflections, Visible in Refractions for the plane in Vray properties. This gives a render time of 2min 15s

March 2, 2017 Read more
If you’re getting error 0x0000273f on one of your Backburner servers try this Microsoft Fixit on that particular system’s Windows installation which might be corrupted say by a recent power cut or forced shutdown:
http://www.microsoftfixit.net/windows-error-0x0000273f/ read more
March 2, 2017 Read more 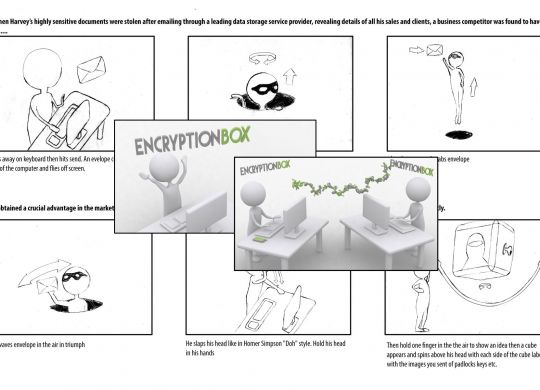 When this was fully agreed upon then the morph-type figure was rigged with a 3ds max biped. and animation began.

The rigging was checked by having the rigged 3ds max biped character studio figure’s skeleton move through a range of motion as in the video below using this file click here (originally made and distributed by Paul Hormis as part of his excellent now discontinued HyperRigger biped rigging and skinning script).

Each section of the animation was submitted for approval before final rendering:

Once approved each section was rendered in turn whilst animating the next section.

and a skylight lighting the scenes and the renderer used with the Light-Tracer  in the Advanced Lighting tab of the Render Setup dialogue and the Default Scanline Editor was used:

This setup gave a lovely soft look feel to the animation whilst render times for rendering the 3-minute duration were achievable in a short time frame producing a sequence of shots that have a consistent pleasing result without worrying about Global Illumination flickering problems needing to be fixed after a night of machinery being left to process 20-30 seconds of animation. It was rendered at 720p 25fps to make data sets of rendered image sequences more quickly managed, checked and edited together with avoiding the longer rendering times associated with 1080p production increasing the speed of production for the tight time frame required.

There needed to be a quick eye-catching intro animation which introduced the EncryptionBox logo (supplied to us in 2D form). The logo came to view from a vanishing point in the middle of the screen with 3D security related objects flying back round the sides of the camera.

At various points in the video, the transition of data is shown by the flying streams of 1s and 0s. this was achieved by use of the pf flow 3ds max system as described in this particle flow 3ds max tutorial.

1s and 0s were created with standard 3ds max text splines. Then an extrude modifier applied.

The 1 and 0 were grouped so they could be used as geometry for the pf flow particle system.

The line on the right was bent into  curve.  The helix was selected and a path constraint modifier was applied and the now curved line was selected as the path to be deformed by.

At pf flow particle system was created in the Particle Systems drop down part of the Create tab of the command panel.

pf flow shows this configuration in Particle View when 1st made.

……then we the resultant Shape Instance 001 is selected in Particle View in the roll down Group Members should be ticked and the None button on the Particle Geometry Object clicked and the group containing the extruded 1 and 0 selected….

A speed by icon should be dragged onto the end of the Event 001 list.

The Speed by Icon appears in the viewport under the helix:

The Speed by Icon’s size is reduced for ease of seeing what is going on.

The result is that the Speed by Icon follows the helix as a path when the play button is pressed and so do the pf flow 1s and 0s but offset by the distance from the start of the helix to the pf flow icon.

To give a better look the Birth event in Particle View is altered so that the Emit Start is at frame 0 and the Emit Stop is at frame 90 and the Amount is made to be 600 so it is optimized to show off the constituent parts of the stream and the overall helical shape.